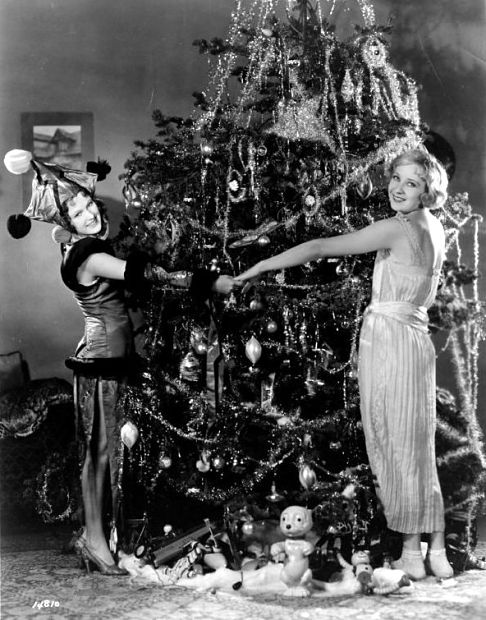 Those in the events world will know that, although we’re on the tail-end of summer, now is when the Christmas functions begin getting booked up. The Jazz Spivs are pleased to have had a number of 1920s Christmas bookings already, and we’re very much looking forward to dusting off the festive hats and performing some festive numbers!

The recent enquiries got us thinking – what did a 1920s Christmas look like?

We know the Twenties was a decadent time to be alive – lavish parties and impeccable dress senses gave people an opportunity to show off and decorating your own house for Christmas was no different. That said, at the beginning of the 1920s, fewer than 10% of British households had electricity and so many people used candles and torches for their displays and to light up the Christmas tree.  Given that open flames and wood aren’t the best of matches, many people chose to decorate their house much later than we do today, often on Christmas Eve.

This Buzzfeed article has a great list of the type of gifts available to purchase for loved ones back in the Roaring Twenties.

Many people preferred to give handmade knitted gifts like socks, gloves and scarves. For children, the Raggedy Ann doll was incredibly popular as were die-cast metal toys. Also, roller skates gained popularity, along with wagons and bicycles.

According to the leading homemaking pundit of 1929, it didn’t matter what you cooked for a 1920s Christmas, as long as you did it the same way each year. In her words “children love repetition and it will give them sweet memories for the rest of their lives”.

“Other traditions popular in the 1920s were home-made Christmas cards. These were usually unusual shaped and constructed with foil and ribbon. These cards were delivered by people by hand as the cards were too delicate to be send by mail. Most of the time a gift of Christmas cookies accompanied the card. “

We all know that 1920s America was under the laws of prohibition, but did you know that it even extended to Christmas? In the 1920s federal authorities issued an announcement that America’s newspapers included in the Christmas Eve edition: The use fermented wines for sacramental purposes during religious services is forbidden. I am sure everybody adhered to the rules…

There you have it. In summary, a 1920s Christmas was not that different from today! The themes we hold dear were still very much part of people’s lives back then, having been passed down from generation to generation.

If you are looking for a band to hire for your Christmas function, get in touch and see what we can offer. As a themed 1920s jazz band we can transport your guests back to the Roaring twenties with our Gatsby inspired jazz.